Liberating Our Daughters From the Sexual Revolution

"I used to think it was better to hook up with a guy than to feel lonely - but what I really want is for someone to want to spend time with me and try to get to know me. After the hookup, there is never anything more to the relationship than having sex."- Tanya, age 16. 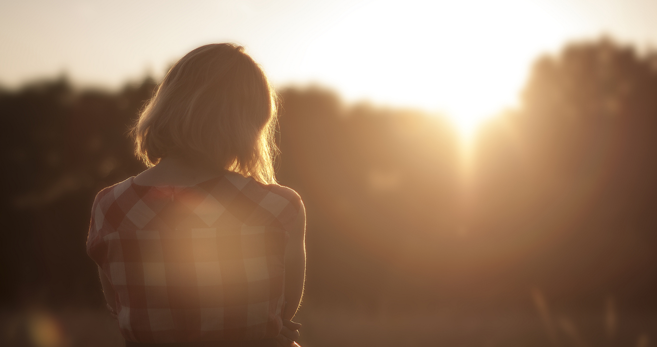 In her book Promiscuities, neo-feminist Naomi Wolf writes that when she lost her virginity at age 15, she realized that there was "something important missing."

Well, that "important something"  is LOVE and it has been conspicuously absent from our national dialogue about sex for some time.

No longer encumbered by fear of pregnancy, disease or moral inhibition, the sexual revolution rolls on at breakneck speed---but instead of the liberation it promised, it has delivered disease, death, heartache, and despair. Regrettably, women and especially teenage girls now incur the majority of the pain and consequences.

In truth, the sexual revolution is not a revolution at all. It is an amoral, loveless, totalitarian regime, fueled by Hollywood values and the most carnal appetites of human nature.

The shattered lives, broken hearts and despairing shame resulting from this "liberation" are seldom mentioned in Hollywood's depictions of adolescent intimacy. To wit, celebrities such as Madonna, Kim Kardashian and Rihanna and movies like “50 Shades of Grey” typify Hollywood's values regarding women and sexual expression.
Cunning, carnal, ambitious, predatory and, most importantly, "honest" about their sexual desires - this is the archetype for women for the new millennium.  But does Hollywood morality actually work in real life for real women? Hardly, but that hasn't deterred the message from influencing the beliefs and behavior of millions of young girls who are buying the lie that "hooking up" somehow empowers and liberates. If this were actually true, then sexually active girls would be happier and more fulfilled than nonsexually active girls. Right? Wrong. Data culled from "The National Longitudinal Study on Adolescent Health" and numerous peer-reviewed professional journals are clear. Sexually active girls are approximately three times more likely than nonsexually active girls to become depressed and attempt suicide. This correlation stands after adjusting for other variables such as poverty, educational level, and family structure. To put it in research language, sexual activity is an independent risk factor for depression and suicide attempts among teenagers.

Parents who teach their daughters the value of abstinence or impart their religious beliefs regarding sexual activity are considered fanatical by the purveyors of sexual liberation.

Consider this excerpt from the book Changing Bodies, Changing Lives, which has been the most widely used sex education textbook in America since the early '90s, and fully endorsed and sold by Planned Parenthood: "If you feel your parents are overprotective, or if they don't want you to be sexual at all until some distant time, you may have to tune out their voice entirely."

It is infuriating to hear alleged experts casually advise teenage girls to "tune out" their parents and stock up on condoms when the best available scientific evidence shows that hooking up is not only risky and harmful to their health, but also harmful to their minds, emotions and future.

Parents can make the difference

Contrary to the clueless and inept image of parents portrayed by Hollywood, mothers and fathers have tremendous power to protect their daughters and change the trajectory of their lives. Research has shown that girls are more likely to delay the onset of sexual activity and remain abstinent when their parents:
·      Remain connected and emotionally close to their children
·      Are present and available at  home, particularly after school,  dinnertime and bedtime.
·      Strongly disapprove of sexual activity for teens.
·      Monitor and restrict their children's  media choices.
·      Know their daughter's friends and establish communication with the parents.
·      Place a high value on prayer and participation in religious activity.
·      Know where their daughters are, and whom they are with, at all times.
·      Establish and enforce rules regarding drugs, alcohol, dating and parties.

In spite of our culture's sanctioning of sexual permissiveness, parents have incredible power to protect and direct their daughters. But only if they choose to use it.

Naomi Wolfe was right, sex without love leaves most woman feeling empty, depressed and alone. There is something better, but unless we tell our daughters about the joy of real love and marriage, they will simply settle for sex.