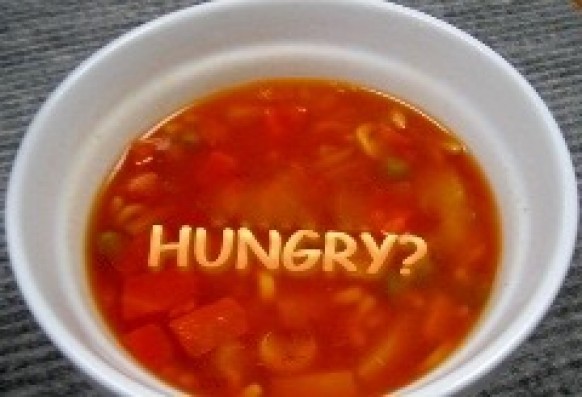 Genetics, sedentary lifestyle, and poor dietary habits have conspired to make millions of Americans obese. In spite of emerging evidence that obesity is in fact, a serious metabolic disease,  overweight and obese persons are too often viewed as slothful, reminded by every magazine cover that they are unacceptable in today's looks-are-everything world. This is especially difficult for teens and young adults who desperately desire acceptance from others, while believing that their worth is determined by their dress size or waistline. This must change.

Anthropologically speaking, North Americans have evolved from eating fresh crops and lean game, which had to be planted, harvested, hunted and killed---to hunting and gathering in convenience stores and drive-through windows. Our ancestors did not require gym memberships to sweat out excess calories, nor did they consume 60-ounce diet drinks in hope of losing weight. Until the 20 century, starvation reigned as the number-one killer of humankind. Today obesity-related disease are  the number one cause of preventable death in the US.

But overeating and sedentary living cannot fully explain the cause,  nor the unprecedented prevalence of obesity. Something else is happening.

Over the last two decades, medical science has identified several key chemical messengers (neurotransmitters, neuropeptides, and hormones) in the brain and the body that play important roles in regulating hunger and satiety, insulin levels, our mood, and even our food preferences. The function of these chemical regulators are determined both genetically and as a result of numerous external factors such as diet, family dynamics, culture, stress, and illness. When these important “regulators” fail to function as they were designed, the metabolic system becomes deranged. High blood sugar, elevated insulin, and  fatty liver are early signs of metabolic disease.

What Happens When We Eat?

Why we eat, what we eat, how much we eat, when we eat, and why we stop eating, is a result of a complex interplay of hormones, proteins, endorphins, and neurotransmitters.

When we are truly hungry, and our stomach is empty, (which is now rare in America) a powerful peptide hormone called ghrelin (pronounced, grell-in)  is secreted in the gut to stimulate gastric activity in preparation for food. Ghrelin then enters the bloodstream, travels to the hypothalamus  to turn on the hunger switch, and modulate the hunger signal.

When enough calories are consumed to meet our nutritional and energy requirements our fat cells respond by releasing a hormonal chemical messenger called “leptin” to inhibit the action of ghrelin in the hypothalamus,  thus turning off the hunger switch and producing a state of satiety so we can go about our business. This process is repeated several times a day in response to our diet and energy expenditure.

However, some people are genetically predisposed, or acquire a resistance to leptin, leaving them without a biological mechanism to inhibit the action ghrelin in the hypothalamus. As a result, their hunger switch is stuck in the “on” position. Consequently, their eating becomes “disordered”. Individuals with leptin deficiency  always feel hungry--and, are biologically unable to achieve satiety. In the US , where highly-palatable food is everywhere, those with leptin deficiency or with other metabolic disease are destined to become obese.

The other important player in the neurobiological process of eating is the neurotransmitter dopamine, and its action on the brain’s reward circuitry, known as the Mesolimbic Dopaminergic Reward Pathway. Activation of this pathway reinforces behavior germane to our survival, namely, eating, hydration and sex. In other words, dopamine causes and regulates feelings of pleasure and contentment. But what if your brain did not have enough dopamine?

RDS is usually manifested as addiction to a mood-altering substance--and for some,  this includes highly palatable foods. For others, dopamine deficiency manifests as, risk-taking behavior, such as high stakes gambling or  by participating in risky or dangerous activities--all of which temporarily increases dopamine in the brain's reward center, known as the Mesolimbic Dopaminergic Pathway. This pathway originates in the Ventral Tegmental Area where dopamine is created. It proceeds to the Nucleus Accumbens, where dopamine is first released. And finally, to the prefrontal area of the brain where our reasoning and inhibitory function reside.

Here’s how the system works. If you are dopamine deficient and  exposed to a substance or behavior that elevates your dopamine level, particularly during times of stress or unbearable boredom--you will feel better--sometimes a lot better. At least for a little while.  As a result, you might conclude that you had found the solution to boredom, stress, depression, difficult people and bad days.  Of course, the relief is only temporary, but learning how to make your life fun or interesting is a very important step towards addiction.

The Conundrum of Overeating

Overweight and obese individuals are painfully aware that they are overeating, but if they are leptin resistant and dopamine deficient, their most primitive brain structures tell them they are starving. As a result, their hedonic drive takes over, easily overriding their intellect and better judgment. Simply stated--when they eat certain foods, dopamine is released creating a "cascade" of other rewarding  neurotransmitters and hormones, and--- they feel better.  Once the rewarding effects of dopamine are learned and matched to certain foods or eating rituals, the cycle of preoccupation, craving, and overeating become well-ingrained behaviors that are easily triggered by numerous environmental cues.  At this stage, loss of control over one's eating is imminent.

Like addiction to drugs or alcohol, hedonic overeaters develop a “pathological” relationship with food. Subsequently, their life becomes increasingly organized around attaining and eating highly palatable foods—not because they are hungry, but because they are depressed, bored, anxious,  lonely and out of control.  The shame associated with hedonic overeating compels secrecy and isolation, which begets more self-loathing and loneliness, which begets more overeating...and round and round we go.

Dieting and exercise programs fail because they don't address the underlying metabolic disease.

KB220Z is commercially available as “restoreGen”, a non-prescription compound that  permeates the  blood-brain barrier, to hastens absorption and maximum bioavailability.  Is this a miracle drug? Hardly. But it is a tremendous breakthrough for those suffering from obesity, addictive disease, depressive or anxious feelings, problems with focus, etc...

For more information on RDS or restoreGen. If you are interested in tryingh restoreGen or taking utiliszing the GENETC testing available  to narrow down and identify your specific risk factors.  please use my discount code  MKDE10